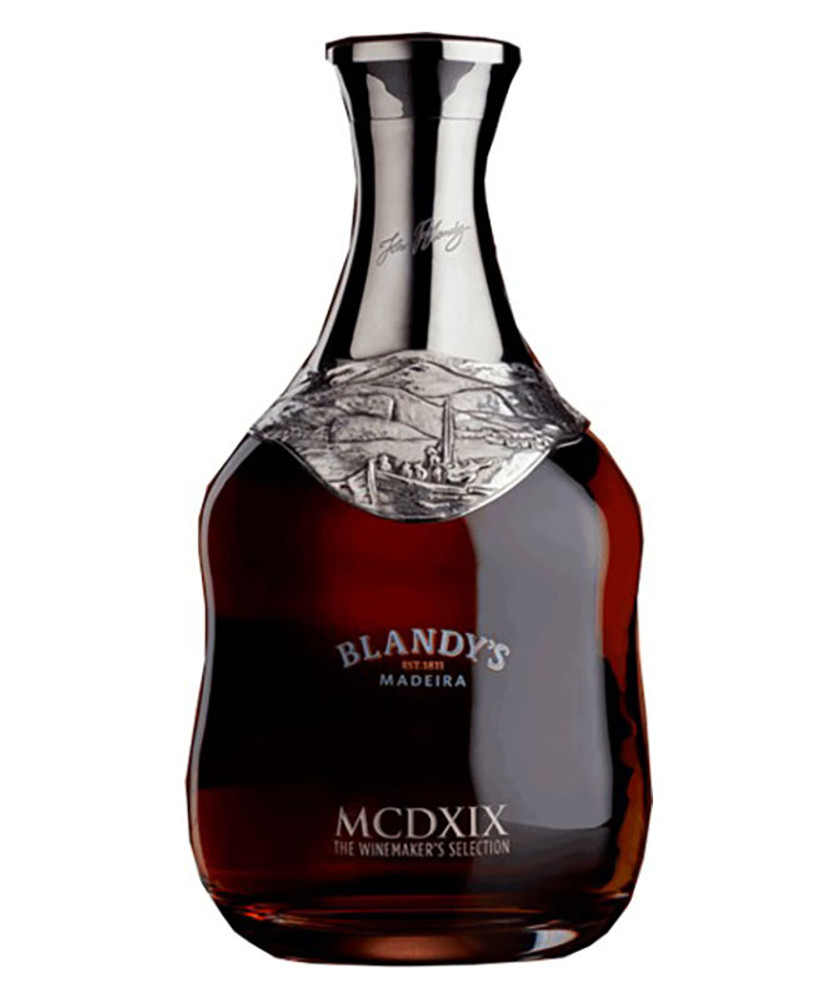 This year marks 600 years since the discovery and settlement of the island of Madeira in 1419. To celebrate, Blandy’s is releasing a special blend called “MCDXIX, The Winemaker’s Selection.” Chief winemaker Francisco Albuquerque was given carte blanche in terms of its creation, and the result is a multi-variety blend that includes Sercial, Verdelho, Terrantez, Bual and Malmsey (in increasing order of richness). Chris Blandy told me that the final blend comprises 11 wines from vintages between 1863 and 2004, all aged using the traditional canteiro method. Just 600 mold-blown crystal magnums will be produced, each with a silver neck-plate engraved with an image of the bay of Funchal, and housed in individual boxes made from vinhático wood. This celebratory Madeira is due for release on September 5. Limited production means that it is not inexpensive, at €4,370 per magnum through Premium Port Wines in the United States and John E. Fells in the UK.

The MCDXIX, The Winemaker’s Selection has a lucid dark tawny hue with a straw-colored rim and noticeable fat tears in the glass. The immediately striking bouquet presents delineated scents of desiccated orange peel, clove and antique mahogany bureau. With aeration, this Madeira closes in slightly and then really opens again after 24 hours, retaining class and composure. Although the exact blend of grape varieties has not been disclosed, the Sercial and Verdelho are more vocal than the Bual or Malmsey. Consequently, there is a certain edginess, a citric sharpness embroidered from start to finish. Saline and tangy, with veins of Seville orange marmalade enlivening the finish with a bitter twist, it reveals its discreet richness, courtesy of 100g/L residual sugar, on the aftertaste. This is an impressive Madeira wine worthy of celebrating the anniversary of the namesake island. 95/Drink: 2019-2080."