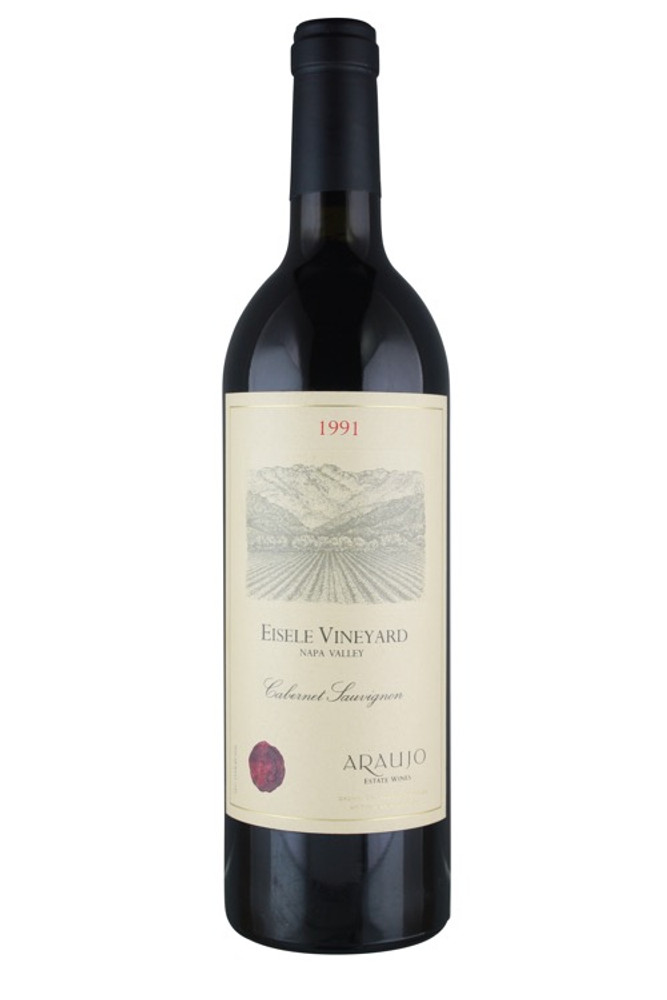 WA 96 "There will only be about 3,000 cases of the Eisele Estate Cabernet Sauvignon, so connoisseurs will undoubtedly be fighting over the limited quantities available.

I have long been an admirer of this vineyard situated at the base of the mountains in northern Napa Valley just to the south of Calistoga. Long-time readers may remember the ecstatic reviews of the 1974 Conn Creek Eisele Vineyard Cabernet Sauvignon, the great 1975 Joseph Phelps Eisele Vineyard Cabernet Sauvignon and its successors. The new owners, Bart and Daphne Araujo, who purchased the vineyard from the Eisele family, are intent on pushing the level of quality to new heights. Future plans include the production of a Syrah as well as a Viognier. (RP)" (12/1994)